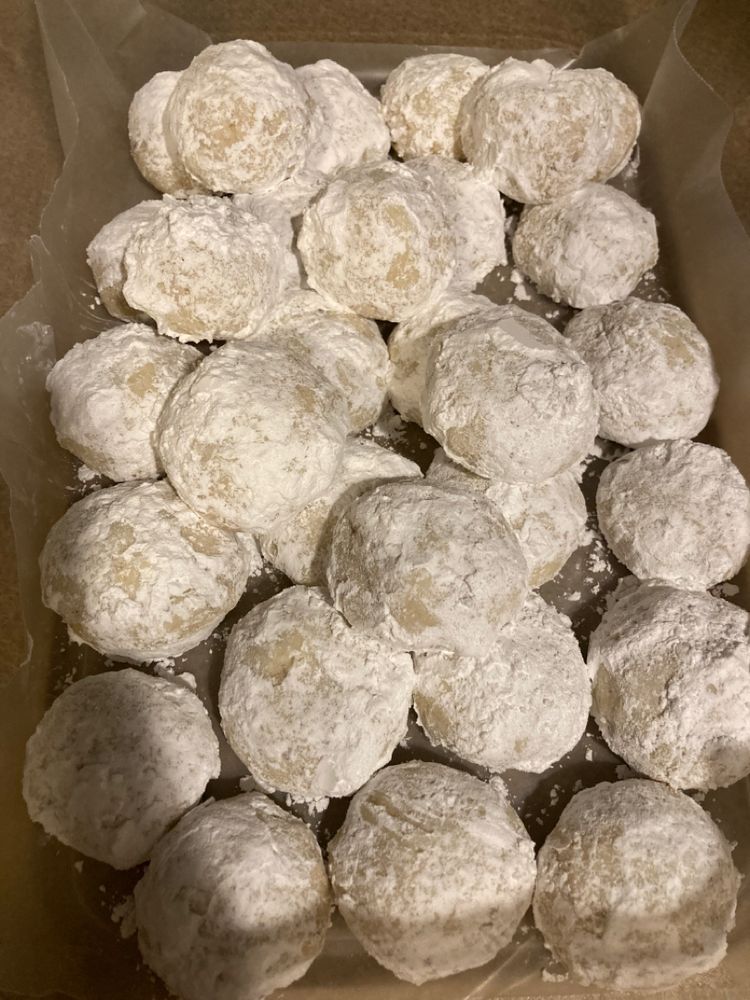 Preheat the oven at 120ºC. First of all, we need to toast the flour in order to eliminate any potential moisture that it might have. To do this, lay the flour all over the bottom of a baking dish and toast it in the oven for approximately one hour, stirring in every 15 minutes so that it doesn’t burn.

Once toasted, let it cool down and sieve the flour, the icing sugar and the cinnamon over a big bowl. Add the liqueur and the pork lard in small bits.

Mix all the ingredients thoroughly and knead the resulting paste until you achieve a well-integrated and consistent dough.

Extend a large piece of cling film over the kitchen top and add half of the dough in the center of the sheet. Shape a rough cylinder with a diameter of about 5cm.

Wrap the dough with the cling film and roll it until you have an almost perfect cylinder. Leave in the fridge for one hour so that the dough becomes more solid.

Take the dough out of the fridge, remove the cling film and over a clean surface cut the cylinder in thick slices of about 4cm.

Place the slices over a baking dish covered with baking paper. Bake the polvorones for 10 minutes at 180ºC. Take them out of the oven and let them cool down for at least an hour.

To decorate the polvorones, sieve some more icing sugar first and then finish with a little bit more of cinnamon. Our polvorones are now ready to be served!

If you would like to keep them for later or simply use them as a homemade gift, wrap them in some paper before placing them into a food container so that they do not break apart.